Montreal: urban seismology on a weekday

This morning (a Tuesday) there was a small earthquake detected just to the NE of the island of Montreal, Quebec, Canada: 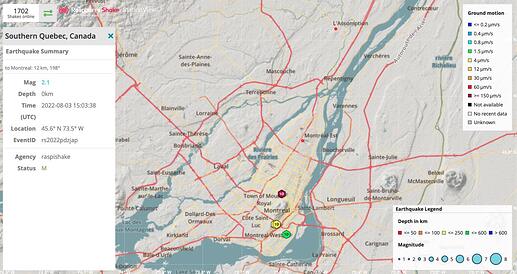 QuarryBlast_03Aug22sm1435×762 144 KB
The earthquake was detected on three Shakes in the city (two are run by members of the McGill University community) (a fourth is in a high-noise area). The location from Earthquakes Canada is shown as the small red dot near l’Assomption. 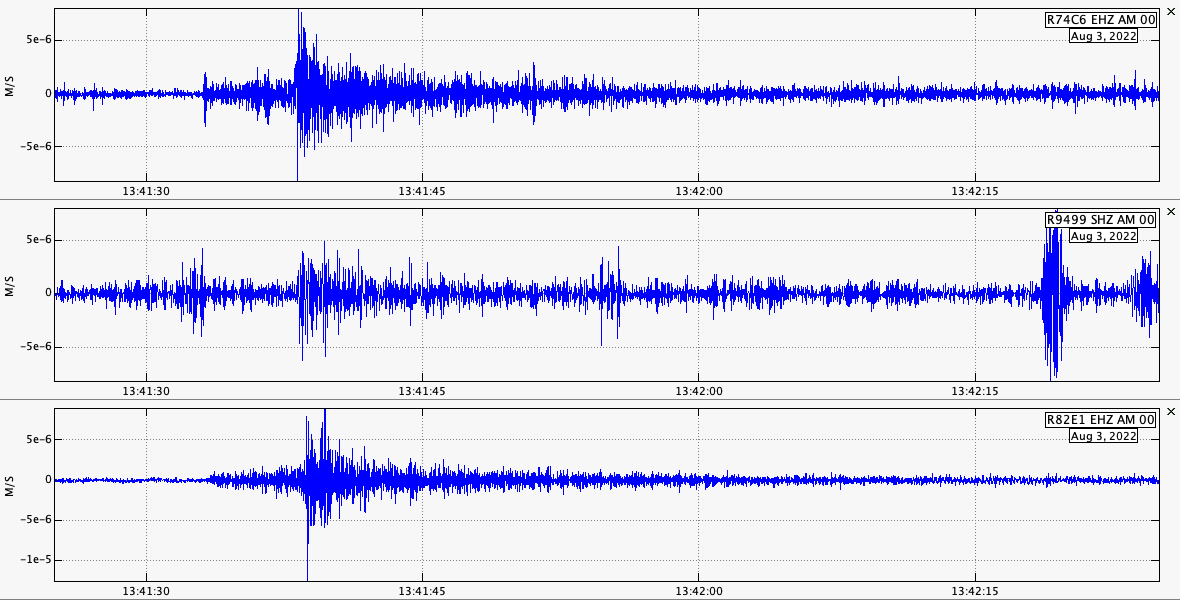 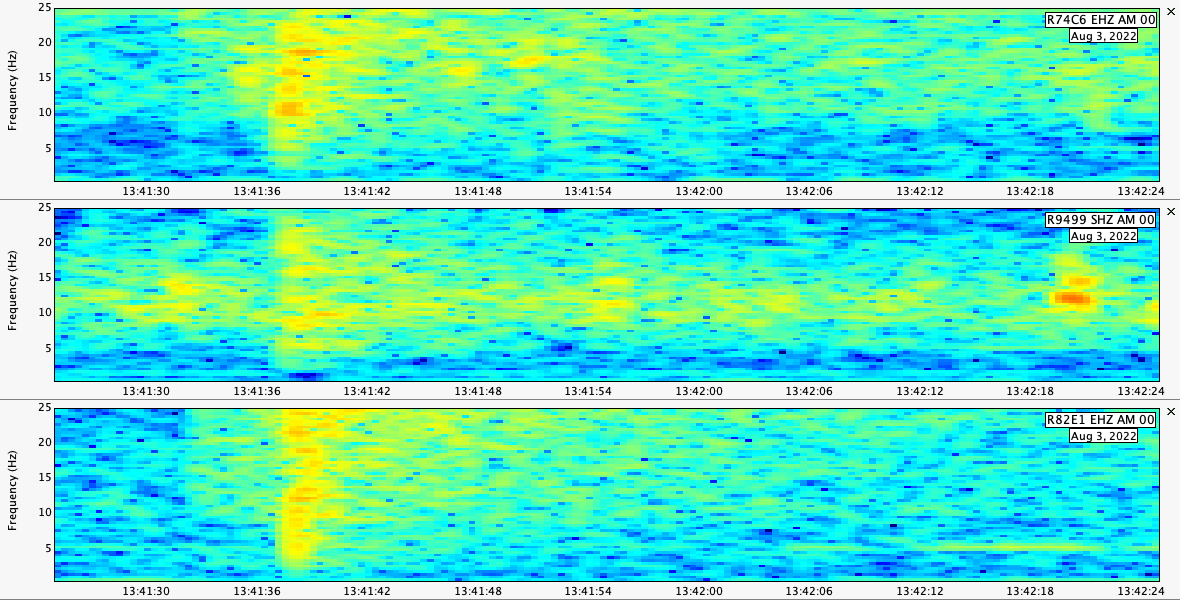 lAssomption_03Aug22_frequency1180×600 84.3 KB
Despite the noise of the city on a weekday morning, the small (magnitude 2.6 MN on the Nuttli scale for Eastern Canada) was clearly detected. The location determined from the Shakes is close to that of the government broadband stations, but clearly we need more Shake stations to the east of Montreal.

Two hours later another temblor was detected on the Island. But in this case it’s likely that this was a blast at the limestone quarry located on the east side of the Island of Montreal (red dot near Montreal Est). It was recorded as a magnitude 2.1 MN shake. 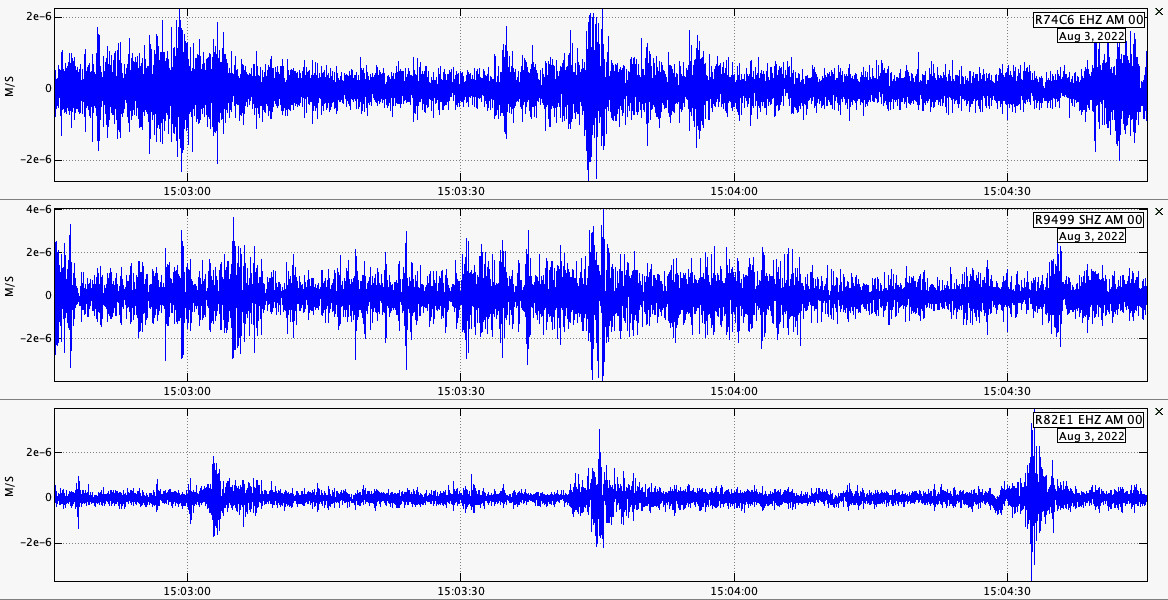 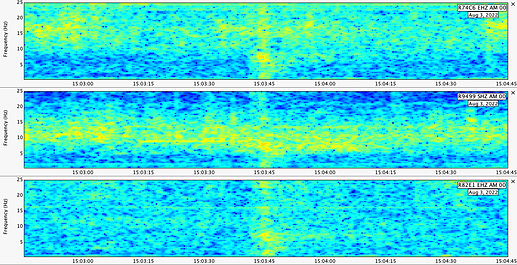 QuarryBlast_03Aug22_three_freq1168×600 128 KB
Detection of these small earthquakes will help define the seismic hazard to the city of Montreal; where historically large (magnitude 5+) earthquakes have occurred, all before instrumentation and in a tectonic plate interior.

These studies are only possible due to the great work and software of the Raspberry Shake team!

P.S. If the owner of R82E1 would be willing to get in touch with me, I’d like to know more about the placement of your Raspberry Shake.

Thank you for the great local report!

It is fascinating to see our Shakes in action with local minor events as you have described this one. If you want, I can contact the owner of R82E1 on your behalf and leave your email, so that if they want to contact you back they will be able to.

P.s. I want to also bring to your attention, if you haven’t already seen it, our DataView Portal RS DataView BETA that we are now in the process of implementing into our general services. It may provide more information and data for your research.