We had a thunderstorm (not a big one) pass thru followed by a calm wind condition. This let RB clearly see thunder sounds as the storm receded.

The thunder claps (at a distance) are relatively short impulses with a mostly 10-20 Hz energy content. 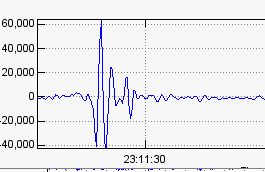 One thing you can see - that is similar to distant artillery - is that the seismic surface wave arrives before the sound, followed by another seismic response that is the local surface being shaken by the sonic pulse when it arrives. 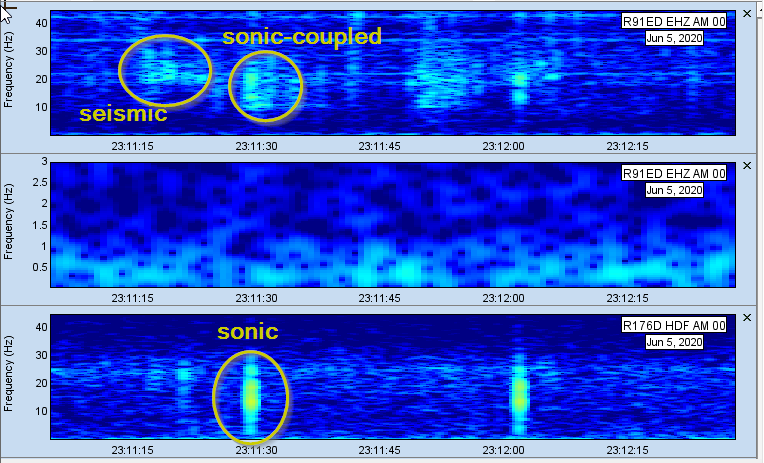 Although the infrasound has some low-frequency energy, these low frequencies do not couple very well to the earth.