Let me set the scene by showing where I am, and what Shake stations are in the area. I am near Portland, Oregon. My Shake is the “SB” in blue, top-middle of the map.

Yesterday, I noticed a small earthquake:

It didn’t show up on the app, probably because it was not very powerful. I looked around for any of the other shakes in the area having seen it. The “1D” at the bottom of the map, West of Corvalis did:

Most of the others are in towns, and the noise levels are just too high, or they just didn’t see it. I did a quick plot to try to roughly locate it: 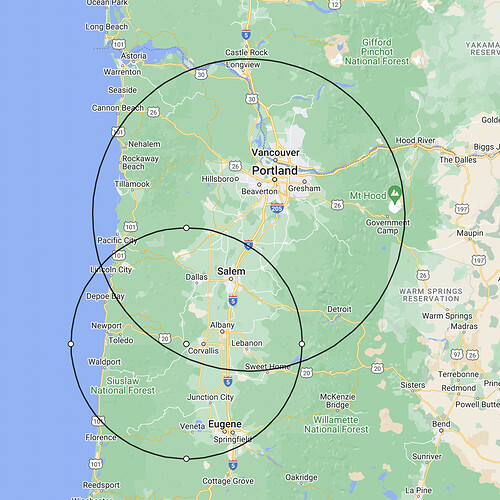 Based upon past activity levels, I would guess that it is the Eastern (inland) intersection.

Well, that was an interesting exercise, then, today, I noticed this from last night:

Somewhat more powerful. Checked the other shakes in the area, and this time, the only one seeing anything was the “1D” just to the East of me, about 7 km away.

This one actually seems powerful enough that I would have expected other stations in the area to have detected it, even above their ambient noise, and for it to have then made its way into the RS database.

what a beautiful report, thank you for sharing it! It shows all the potential of densifying areas with our Shakes!

Regarding why these events have not been automatically calculated and added in our system, the likely reason is that these types of calculations require a minimum number of stations of good data quality to generate an automated earthquake solution. If all the station provide excellent data, then 6 is the minimum requirement, but, as you also noticed, it can be hard to reach this treshold, so as quality depends on density, working with less than ten/twenty Shakes would make it difficult to precisely locate such small events.

Maybe, in the future, with more and more Shakes added to our network, this will become a reality. It is surely one of our objectives!

Woke up to see this yesterday: 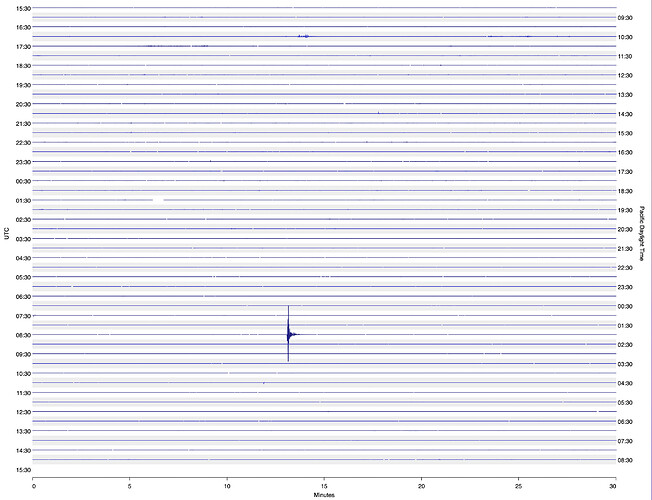 Needless to say, this one made the database

Interesting plot! Thanks for sharing! What program did you use to make this plot for the rough location estimate?

Looked at the time difference between the P and S waves for each location, used that to calculate the distance from each location, then just drew circles on a map, centered on each station location.